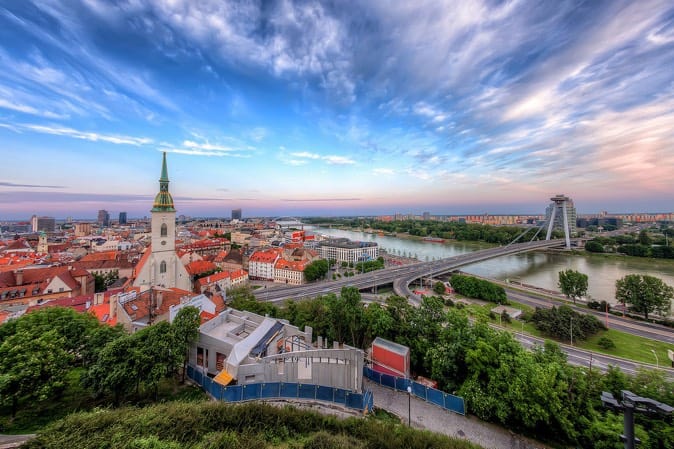 I’m sitting writing this blog in a hotel in Bratislava having just completed my contributions to itSMF Slovakia’s excellent annual IT service management (ITSM) conference. Once again, they did a great job, repeating a known winning formula of a single stream of ITSM talks on day one and a range of ITSM workshops on day two. Oh, and a good evening event with food and beer in between.

I wrote about how good the itSMF Slovakia event is after last year’s conference, so this year I’ve focused more on what was talked about in my workshop session. It was titled “Is ITIL Dead?” – maybe a spoiler – but as far the Slovakians are concerned, it isn’t.

First, let me tell you a little about the workshop – we had about 20 enthusiastic participants, many of whom are about the same age as ITIL (which turns 28 this year). As an opening gambit, it doesn’t sound like the introduction of ITIL fans. However, it turns out that while there was recognition that ITIL is showing some signs of age, they all felt that it was a live part of their approach to their jobs. And, for most, it’s the go-to place for initial ideas on what to do in their ITSM processes.

But ITIL is just one piece of the jigsaw in Slovakia – with most in the workshop viewing ITIL as just one part of their portfolio of IT management and ITSM frameworks. Some use Lean, several counted IT4IT as an essential part of their approach, while others follow DevOps ideas too. But all – especially the IT4IT fans – feel they could not do anything without first having an ITIL awareness. One widely supported quote was that “ITIL is the first step you need to understand and use IT4IT.” And another as that they used the ITIL process chapters to provide the starting point for the real processes within their organization. The most dramatic statement claimed “ITIL is the holy grail” for them, although it was said with a smile.

The value of ITIL

Overall there was a firm consensus on ITIL and its value. That ITIL:

There was also some debate on the value of the range of examinations, especially past ITIL Foundation level. And some real concern as to how much more expensive ITIL books are than, for example, those on IT4IT. That while the ITIL books are glossier and printed on fancier paper, that didn’t matter to anyone in the room as much as the price. It does seem ironic that the books you need to learn the ITSM basics are dearer than the next step up into a broader picture across the wider IT management range.

The rest of the Slovakia conference

As I mentioned, the itSMF guys here know what they’re doing. It’s continual service improvement (CSI) in action, with incremental improvements on a solid functioning base. Like the best improvements, they don’t change what’s working well, but rather expand upon the best bits. The central concept stays the same: one stream of international speakers addressing a range of relevant topics – ITIL, IT4IT, service integration and management (SIAM), and other trends. Plus, a lighter talk or two on people topics and underlying ITSM attitudes. And again, the day-two workshops offered a mix of ITSM discussion, and newer topics such as DevOps.

On this secure, repeatable base, this year’s incremental improvements included:

The conference – still – feels reassuringly old fashioned in an itSMF way: keen people eager to learn and excited to contribute. With good questions for the speakers – ones that expand and develop the topic rather than challenge or argue with it. And, as always, I hope to be back next year and can strongly recommend it as one of the best little conferences in the ITSM industry.