Wellbeing Issues – When You’ve the Inability to Feel Pleasure

In the second of our wellbeing articles, Ian Stock offers advice based on his personal experiences of wellbeing and mental health.

Anhedonia is a word that doesn’t seem to be widely known (unlike hedonism). This is perhaps not surprising because it’s a medical term, relating to the inability to feel pleasure. It’s a wellbeing symptom widely reported in people suffering from depression, and they often describe it as feeling “flat,” when the things that normally give pleasure no longer do so. It goes hand-in-hand with a loss of motivation, and an inability to find life worth living, which is perhaps not surprising either when one thinks about what motivates people in more normal circumstances.

It’s extremely difficult to describe such experiences to those who’ve not had them. With anhedonia, one simply has no feelings for anything. One is left just staring at the music, food, places, possessions, experiences – and people – that one loves without any feeling of warmth, or indeed any feeling at all. But it’s not the detachment of the critical thinker, more a sense that a handful of sand has been chucked into the gears of one’s mind. It’s deeply unpleasant.

And at this point, one easily starts to wonder whether life is even worth living – it’s bad enough not being able to feel these normal emotions, but it’s compounded both by a sense of loss and an utter inability to do anything about it. There’s no point in trying to “jolly along” someone in this wellbeing-related condition, let alone telling them to “snap out of it.” It just can’t be done, and forced merriment is only likely to make matters worse.

I started my blog – Sprezzatura – during just such an episode, which has lasted formally (i.e. diagnosed) for over two years, but which I think was incipient for a good while before that.

It might seem strange to have started a blog dedicated to living well at such a time – but while the basic appreciation has always been there, among all the irrational things that happened during my illness, I developed a renewed appetite for all of the good things discussed in my blog.

I was largely unable to derive much pleasure from them at that time, but that somehow made it all the more important to focus on them, to remind myself that they’re still here – and starting my blog helped to do that.

I made significant efforts to overhaul my wardrobe (not necessarily a wise thing at a time when one is susceptible to splurging), to revisit certain recipes that I’d not used in a long time, and to remind myself about the places (such as Italy) that were normally a source of great pleasure for me.

Continuing to improve my wellbeing

I’m pleased to say that matters have improved greatly in the last few months – I’m back playing music, making models, and enjoying most of the things I used to. Though I feel the path has still not been fully travelled yet.

What’s more, finally biting the bullet and making myself travel to Italy again in September proved to be a great tonic. I started to realize that forcing myself to immerse in those things may have been hard work, was also part of the recovery process – perhaps a form of re-wiring all of the disrupted mental circuitry.

In some ways, my appreciation of such pleasurable things is all the greater for now knowing what life is like without them. But I also started to wonder whether there’s a bigger pattern here. For all that one can catch Stendhal’s Syndrome in Italy, statistics suggest that reported incidence of chronic depression is significantly lower in Italy than in Britain. (There may of course be all sorts of cultural, as opposed to medical, reasons why this is so).

Listening to a group of British men, before Christmas, trying to out-bid each other in the bargain-basement stakes, I wondered again what it is about our national mentality that does this. Where the active avoidance of anything with refinement or quality – of consciously “living well” – seems to be almost a badge of honor. I suspect it has something to do with inverted snobbery and the social order in Britain, where any form of apparent “show” can seem pretentious. And how does this affect our wellbeing?

Life is what you make it

Eschewing things that can genuinely lift the spirit doesn’t seem like a particularly good idea to me. Ultimately, life is what you make it, and I can’t see much benefit in rejecting an honest appreciation of the better things in life, however they’re defined.

It need not be a matter of money – one doesn’t have to own things in order to appreciate them, and an appreciation of quality is more a matter of how you approach things than the size of your wallet. In any case, it’s quite possible to find ways around budgetary constraints – and remember, sprezzatura – “a certain nonchalance, so as to conceal all art and make whatever one does or says appear to be without effort and almost without any thought about it” – is as much about what you do as what you have. I’m deeply puzzled by a country that sets such store by working hard and earning money, but which generally seems to have little time for appreciating the fruits of its labor (and wellbeing).

I’ll leave you with a good personal wellbeing example

While ironing a pair of trousers earlier today, no less, I found myself appreciating anew the fineness and craftsmanship of the Italian fabric I’d chosen. It’s nothing to do with show – it was (until now) an entirely private moment, a minor epiphany and reminder that the good things in life are still there, if only we can remember how to see them.

For people suffering from anhedonia, I’d suggest that refocusing on your personal sprezzatura is as good a wellbeing therapy as it’s possible to find, even though it’s hard work. And all the more reason to discover it in the first place.

The original version of this blog is published on: https://sprezzatura.blog/2018/12/21/anti-sprezzatura/ 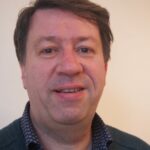 Ian taught at secondary level in Essex from 1987. In autumn 2016 he was forced to leave the profession because of mental ill health. He attributes this to the unremitting pressure and long hours of the job, and unsympathetic management within his school, which ultimately put data targets before the wellbeing of its staff.

He has spent the time since convalescing and gradually pursuing a number of other activities, including community projects and the publication of several books, articles, and blogs.