Is the Automation Storm Coming to the Service Desk?

Automation is already all around us. Autonomous drones are delivering pizza in New Zealand, where they’ve been testing the idea for about three years. Closer to home, many of the customer service conversations you already have through chat are automated, and some of you may be working for companies that are using automated, cognitive systems like IPsoft’s Amelia to interact with customers.

These capabilities such as Amelia (or Amazon’s Alexa in our homes) are often referred to as artificial intelligence (AI) or machine learning, with the latter in particular already making inroads into IT service management (ITSM) and IT support operations.

We can’t escape that automation costs in

To be a little blunt about it – and to start to talk money – an IBM Watson virtual agent costs as little as US$265 per month. Whereas your company’s current cost per service desk analyst may be (ahem) somewhat higher than this.

But before your IT support (or customer service) staff members keel over in fear, let’s be clear (about automation) – we’re not at a point where you can replace your staff with a bot. However, you should be thinking about the coming day when you can.

In order for that pizza drone to do what it does, the technology had to exist:

The coming of this “thinking” automation will be an evolution, and you should already be considering ways in which this technology can assist you and your team, rather than cringing in fear about what the ultimate, employment-related, consequences might be. For instance, virtual agents could:

But why limit the help to customers?

Imagine being able to speak a few words—as you may already do in Google—and have an automated agent trace a fault to its source, find a missing entry in your configuration management database (CMDB), or help solve a complex firewall configuration issue.

All of this will be happening, sooner or later. What you should be doing now is thinking through the kinds of things your organization will need to make it all work—the equivalent of the GPS I mentioned earlier in respect of the pizza drones.

We are morphing into our IT support future

The cinematic effect called morphing makes it appear that one thing, or one person, is changing into another. This is accomplished by having a starting image and an ending image and then having powerful computers create everything in between. Right now, you’re at the starting point. Perhaps a fully-automated service desk is at the other end.

What you need to do – to support and influence your morphing – is start deciding what data you need, what kind of knowledge you need (and how it should be organized), what kind of service your customers will expect, and what the highly-skilled support center analyst will need to know over the coming years.

If you want to know more about the future of IT support then there are two routes available to you. Firstly, HDI has created a free (with registration) eBook called “8 Expert Insights on Your Biggest Tech Support Challenges” – from which this blog is taken – to help promote the 2017 HDI conference this May.

Secondly, there’s the event itself – running from the 9-12 May in Washington, DC. More information can be found here. I hope you can join me and the other eBook authors there as we dig deeper into each of the challenges we have written about. In my case, it’s session #105 “Level 0.5: AI and Automation in the Support Center.” I hope to see you there. 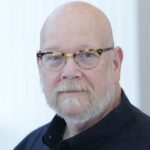 Senior Writer and Analyst at HDI

Roy Atkinson is a senior writer and analyst at HDI. In addition to being a member of the HDI International Certification Standards Committee, Roy is a popular speaker at IT service management conferences and is well known to HDI local chapter audiences. His background is in both service desk and desktop support as well as small-business consulting. Roy's blogs regularly appear on ThinkHDI.com, and he is highly rated on social media, especially on the topics of IT service management and customer service. Roy is also a cohost of the very popular #custserv (customer service) chat on Twitter, which celebrates its seventh anniversary on December 9, 2016.

ITIL 4 Adoption Levels – the News Will Surprise Many

Working from Home – the Impact on Mental Wellbeing

What’s a Remote Help Desk and How Do You Set One Up?

The Path Out of COVID-19 Needs Service Management Tools

ITSM in the New Normal – a Crowdsourced Perspective

Self-Healing IT: What Is It and Why Does It Matter?

Want to Adopt COBIT? Here Are 6 Tips to Help

Five Things to Expect of ITSM in the New Normal