ITIL – the popular IT service management (ITSM) best practice framework – can be tough for people to wrap their heads around. So, to help organizations get a grip on ITIL 2011, I’ve put together a few tips to help ITSM leaders and practitioners get started. Also, through these tips I’ve tried to group together some of the various ITIL processes that are most important, in an effort to help organizations decide which of the ITIL processes might need attention first.

First, appreciate that it’s not always clear to people what ITIL actually is and how it can be used. A prevailing view of ITIL, and something that’s actually stated literally in the ITIL books, is that applying ITIL reduces costs and helps tailor your IT services to the customer’s needs. Although this can be true, it’s also a misconception. ITIL is nothing more and nothing less than a theoretical framework based on industry best or good practice. The qualification “best practice” or “good practice” suggests that in practice people work exactly as described.

Service-providing companies, however, must realize that this isn’t the case, such that they focus on how ITIL should be applied. You’ll need to translate ITIL into everyday practice – taking what helps your company and leaving the rest alone (for now). And – importantly – you shouldn’t look at the adoption of ITIL as a goal in itself, but instead as a means to improve your service levels and the resulting business outcomes.

ITIL is theory. For improvements within the organization, it’s better to start with a concrete problem or concrete improvement, not the direct application of the ITIL theory. One of the biggest risks when adopting ITIL is that people get sucked into a paper reality. They too often focus on producing a specific report or getting a particular priority matrix to add up. The whole thing then becomes too complicated for the people we’re organizing services for. A more relevant question to start with is: What’s the customer’s problem and how can we solve it?

Because ITIL seems to have become more theoretical and more in-depth, and now also describes strategic processes, it’s worth thinking about which theory you present to which employee. With ITIL v2, sending every employee to an ITIL Foundation training course might have proved useful. With ITIL 2011, however, I recommend that you gear the ITIL training material toward each employee specifically. Think about which elements (of ITIL) are important for which employee, and adjust the training program to fit.

With almost 40 processes, functions, and phases, it’s more important than ever to work through the right points in the right order. In my experience, it’s important to keep in mind a simple rule of thumb: There’s no point in adopting a process, from a higher level, if processes in the level underneath are still not in order.

Be honest and critical when evaluating your own maturity. My experience is that the ambitions of an organization or department often disguise what needs to be addressed first. My colleagues and I notice, for example, that many companies can still do a lot more with basic processes, such as change management or incident management. In this case, it’s better to give these processes attention first before starting to introduce others.

If a process is low on your priority list, it doesn’t mean that it’s unimportant – it might just be that some other processes are initially deemed to be more important. For example, a process such as service catalog management is a great thing, despite perhaps being low on your initial priority list. This isn’t because it’s not important to have a service catalog, but because its development as a (mature) ITIL process is frequently left until after the more critical incident- and change-related processes.

So that’s my six tips for successful ITIL adoption. What would you offer up from your experiences? Please let us know in the comments section.

I also write for the TOPdesk blog, which you can find here

Want ITSM best practice and advice delivered directly to your inbox? Why not sign up for our newsletter? That way you won't miss any of the latest tips and tricks. 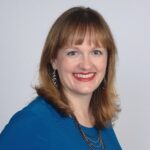 Nancy Van Elsacker Louisnord is the president of TOPdesk US, currently responsible for leading the division’s business development, client acquisition, and customer services efforts. Prior to launching TOPdesk’s North American division in 2015, she led the organization’s expansion efforts in Belgium for eight years and was responsible for the startup and expansion of TOPdesk’s operations there. TOPdesk develops, markets, implements and supports standard user-friendly service management software for IT, facilities management, HR, maintenance, complaints registration and the service desk for all sized organizations.

Sanjeev NC
Mar. 08, 2017
How can we alter end-user behavior with regards to the priority of incident tickets to make the lives of service desk agents a little easier?
Continue Reading
Simon Kent
May. 25, 2017
To begin tackling digital transformation, we must start with the most basic tenet: a definition. So what is it? And what's your role in it?
Continue Reading
Stuart Rance
Nov. 30, 2016
Stuart Rance discusses the nine guiding principles of ITIL Practitioner and how they fit in with the DevOps way of working.
Continue Reading

This site uses Akismet to reduce spam. Learn how your comment data is processed.

Dealing with people aspect of change management is the most important key of success of any ITIL initiative.

Have a strategy. Build a roadmap. Tackle your biggest pain points first, and refer back to the roadmap/strategy to note where some of the current attack will need to be revisited when other aspects of the framework are implemented. Revisit the strategy – things change over time.