Taking the “Me” Out of Customer Service 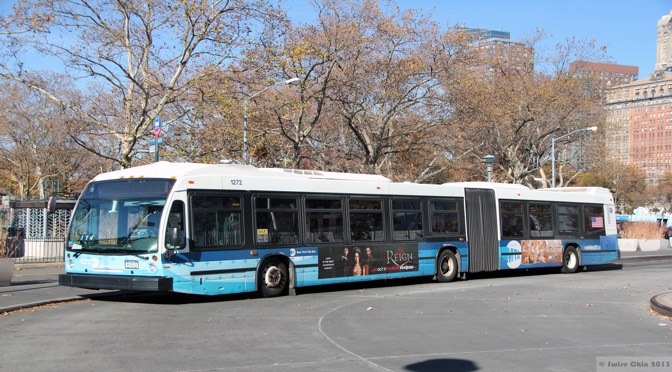 I’d always think of good customer service as an entitlement too – that if I’m handing over money to a company, that I should be treated as a customer with a certain level of courtesy and order no matter whether I’m buying a new car or a magazine.

However a bus ride in New York dramatically changed my views on customer service, hopefully for the better.

An Englishman in New York

I’ll try not to bore you with too many details but I wanted to catch a bus. I arrived at the bus station with what I thought was just enough time to buy my ticket and still catch the bus, but there was a long queue. I still believed that I had time and it was nice that there was a queuing system. Well a queuing system of sorts – every now and again someone would go to the front of the queue, explain that they would miss their bus if they didn’t push in, and delay the queue a little longer.

But I still thought that I would make the bus and I was of course too British to jump to the front of the queue – if I missed the bus it would be my fault for not arriving early enough. And maybe I was a little riled because a. there weren’t enough people selling tickets at this peak time and b. the queuing system “design” almost encouraged pushing in.

None the less I eventually bought my ticket and genuinely ran to the departure area – it was the last bus, to where I wanted to go, that day.

Customer service is received as well as given

I joined the back of the departure gate queue which was already moving onto the bus. I’d made it, despite the ‘poor customer service’ downstairs – I’d unfortunately started the mind shift from ‘I should have arrived earlier’ to ‘They should have had more staff and a better queuing system.’ And as you have probably guessed, I didn’t make it onto the bus, nor did the two people in front of me. But I bet a few of the people that pushed in to buy tickets did. I was annoyed with myself but also annoyed with the ticketing operations.

Then, a member of staff said “Just wait here, we’re putting another bus on.” Great customer service but I think I was too buried in my annoyance with the ticketing operations, and missing the bus, to immediately appreciate it. So I waited, at least thinking that I would be one of the first on the next bus.

When is a queue not a queue?

While we waited, a member of staff formed a new queue next to the one that I was at the head of, pulling passengers from other queues in the departure area and adding other passengers who were just arriving. It seemed an odd place to have a queue, i.e. not by a departure gate, but I wasn’t bothered as I was at the head of my queue and guaranteed to get on the next bus.

That is I was until the staff member told the queue I was in to join the back of the queue they had spent the last five minutes or so creating. So I’d gone from being certain of getting on the next bus to being at best one of the last people to get on the second bus. And guess who was getting angry again – it was totally illogical and definitely poor customer service (or so I thought at the time).

The second bus arrived and we slowly started to board. That is until I hit the front of the queue (again) and the driver asked me to wait while they counted the tickets – they needed to check whether the bus was full. You can imagine me getting ready to explode, this wouldn’t have happened in the UK (and I’ll come back to this later).

Thankfully, after the ticket count I was allowed on (and fellow queuers were told of yet another bus being put on). I was part relieved and part angry at the lack of customer service. But then it was an interesting hour-long journey as I somehow managed to have what I consider to be a customer service epiphany.

So let’s break my customer dissatisfaction down

Firstly, the queuing and queue jumping. For the ticket sellers, and I assume local travelers, there was no issue – everyone would get on a bus, even if they missed the original one. It’s just a shame that they didn’t articulate this to the non-locals in the queue who were probably worrying about missing their bus.

With hindsight, the extra bus or buses far outweighed the lack of communication – I was just too involved in personal foibles to see the bigger customer service picture. Re ‘it not happening in the UK,’ I was right but right for a different reason – in the UK they wouldn’t have put on a second and third bus. It would have been ‘first come, first served’ with lots of unhappy customers being turned away.

With hindsight, staff weren’t trying to keep me happy, they were trying to keep everyone happy. And yes, it could have all been done a little more logically and with better communication IMO. But once I put myself in the shoes of the bus station staff it seemed like a logistical nightmare. Not only were they unsure where the extra bus or buses would be positioned (and hence the oddly placed queue), they were also having to move large groups of impatient people where I’m sure some might not have had the best grasp of the English language. But they did it and probably do the same day in, day out – that is getting more people than the bus schedule can accommodate to where they want or need to be.

With hindsight, the bus station staff did a great job.

Thirdly, we need to recognize context. The bus station staff were trying to deal with a capacity issue. I’m sure that while they might have wanted to give great customer service to everyone, the most important thing was to get everyone on a bus. Which leads into my final point – we have to differentiate between what’s good for one and what’s good for everyone. Would I have wanted to receive great customer service knowing that many others missed their bus? No. And I’m not just being altruistic (or a little too British), it could have been someone ahead of me receiving the great service that made me miss my bus.

This blog was originally written for All Things ITSM. You can check out the original version here.