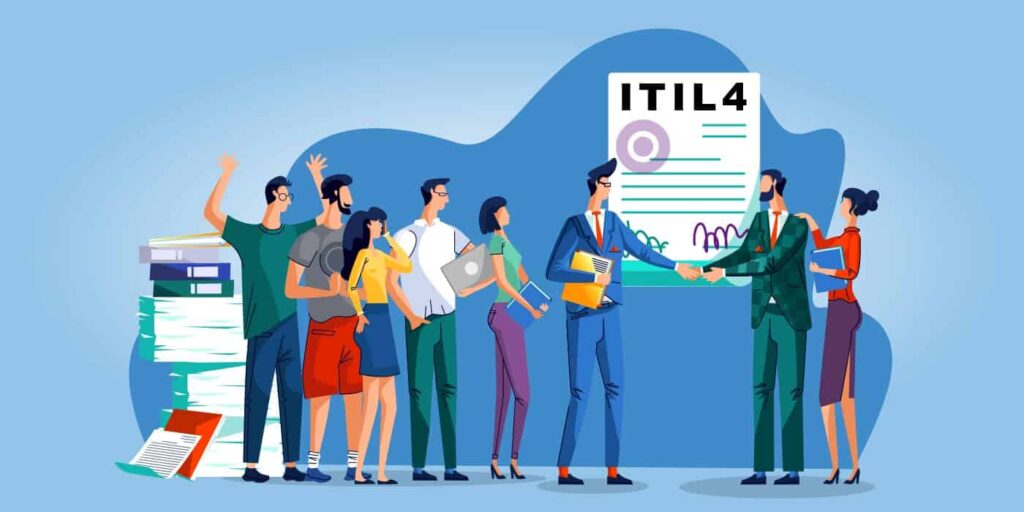 In February 2019, ITIL 4 was released to meet the need for the IT service management (ITSM) guidance to better reflect the needs of recent IT trends such as digital transformation, agility, cloud computing, DevOps, and Lean. The design of ITIL 4 also aimed to correct the previous position of its predecessor ITIL v3 being considered a difficult framework to set up with others. The new approach allows ITIL 4 to be interoperable with other frameworks and best practices, mitigating some of the biggest criticisms of ITIL v3. Think ITIL 4 and DevOps.

Please read on to find out more.

ITIL 4 has tried to reuse and adopt concepts from other frameworks and best practices such as Lean, DevOps, and Agile rather than simply focusing on being rigorous in respecting ITSM processes and organizational functions. There are also some approach/mindset changes that have enhanced the interoperability of ITIL 4 with other practices such as DevOps.

In ITIL 4 “value” is positioned as a central element rather than a “service” as in ITIL v3. The highest-level concept of ITIL 4 is the Service Value System (SVS) which is pulled from Lean Value Stream as a replacement of the Service Lifecycle in ITIL v3. Now, ITIL 4 not only focuses on service delivery (as it did in ITIL v3) but rather on value creation for stakeholders.

With a perspective that’s now focused on value, we’ll no longer speak of “process models,” but rather of “value systems” or “value chains.” DevOps uses such Value Streams to map every activity needed by the organization to create value, and this Value Stream is put into practice in the DevOps deployment pipeline.

This article shares three examples of how ITIL 4 is different to previous versions and now works with other approaches such as DevOps. #ITIL4 #DevOps Click To Tweet

How ITIL 4 has enhanced ITIL’s interoperability

Before ITIL 4, the DevOps community viewed ITIL as a dead framework not adapted to the agility and the speed of software release cycles of DevOps. To them:

But everything changed with the release of ITIL 4. Now we have a framework that encourages collaboration between teams and focuses on delivering value and co-creation through seven guiding principles that are inspired by practices such as Lean, Agile, and DevOps.

The #DevOps community used to view #ITIL as a dead framework not adapted to the agility and the speed of software release cycles of DevOps. But with #ITIL4 that's all changed... Click To Tweet

As a result, the DevOps community has started considering ITIL 4 as a companion on the digital transformation journey. Potentially looking for a set of merged ways of working that creates a synergy between the two methodologies in order to get the best value (and preserving the investments that many organizations have made to adopt ITIL).

ITIL 4 encourages organizations to break silos, to foster collaboration and communication within organizations and with stakeholders, and to adapt to new IT trends. ITIL also encourages its practitioners to keep practices simple and realistic, which can translate into the recognition that too many organizations have attempted in the past to implement ITIL literally, making ITSM complex and not very flexible.

In my opinion, I believe that ITIL takes a more mature turn in ITIL 4 and emerges from the rigidly structured ITIL v3. This new version seems more connected to reality, more open to other practices, and – above all – more agile. In short, ITIL 4 has become an ITSM framework that is well anchored in its time.

This is my point of view, but what do you think? Is ITIL 4 now more interoperable with other practices? 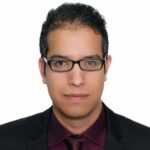 Saad Mousliki is an experienced IT manager with 7+ years of qualified success in IT/IS and ITIL. He is Microsoft certified and has in-depth knowledge of IT service management, web/mobile/cloud apps, and telecom. He's currently working on an ITIL adoption and ISO20000 certification project in a large company, and is also a blogger who frequently shares knowledge related to ITIL, cloud/mobile, and JavaScript.